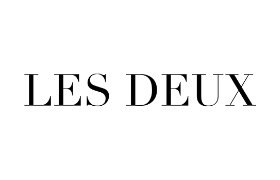 Les Deux is the story of an intercultural relationship between a political refugee and a prepboy. A relationship based on mutual inspiration, embracing the diversity of their respective backgrounds and mentality. The authenticity of this relationship was carried through in what became Les Deux in 2011. The basis of Les Deux has always been not to discriminate between gender, politics, cultural backgrounds and religious beliefs - they are for everyone.

Stay up to date with our latest offers

By creating an account with our store, you will be able to move through the checkout process faster, store multiple addresses, view and track your orders in your account, and more.

You have no items in your shopping cart